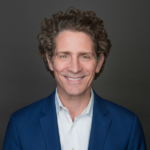 I co-founded and help manage East Rock Capital, a multi-family investment office. I also co-chair The Sohn Investment Conference, which raises money for pediatric cancer research. Before I set up East Rock fourteen years ago, I worked at two other investment firms. I graduated from Yale in 1996.

I’m always looking for new ways of seeing reality, particularly the reality of what makes people tick. Sometimes I imagine I’m a blind man in a pool trying to sense the way particular people and memes are moving through the water. My 2020 plan is to occasionally send out a short list of ideas and people I think are worth sharing – highlights from good books, podcasts, poems, good questions, basically any interesting people or ideas I’ve come across and found particularly credible or thought provoking.  Sign up if you are interested.

A life story in five chapters

Dan McAdams at Northwestern has studied people’s life stories, and has instructions on how to outline one: Please begin by thinking about your life as if it were a book or novel. Imagine that the book has a table of contents containing the titles of the main chapters in the story. To begin here, please describe very briefly what the main chapters in the book might be. Please give each chapter a title, tell me just a little bit about what each chapter is about, and say a word or two about how we get from one chapter to the next. You may have as many chapters as you want, but I would suggest having between about two and seven of them.

I was born in East Palo Alto, my parents were sixties do-gooders, we left the land of milk and honey for Eastern Kentucky as they started a non-profit and I was home-schooled for the first several years. I always felt like an outsider in Kentucky, an alien being, some people call this pattern Third Culture Kids. I still feel that way. When I was fourteen we moved to NH, and I started rowing a single scull. I had a moment of ignition in 8th grade where I saw two high school seniors rowing, and I said “I want to be that.” I started training four hours a day for four years and won nine national championships, which gave me a strong sense of hard work = results. Then I went to Yale and loved every minute of it.

Chapter 2: My 20s – Apprenticeship, early success then wandering in the desert

In 1996 I came to NYC to start a company with a professor of mine at Yale named Richard Medley. We hit various road blocks, pivoted in modern parlance, and built a private sector intelligence firm that the Financial Times eventually bought (after I left). I discovered that my talent was finding the right person for the right job – seeing people clearly, routing their energy to productive places, getting them into positive feedback loops. I also became sensitive to how information leaks, how it moves. I became highly sensitive to being hustled. I left four years later to start my own thing, rather than continue producing someone else’s show. I meandered around various projects for two years, it felt like wandering in the desert, I was a bit lost. Then I tried going back to working for others at two multi-manager funds, and learned a lot from two great mentors. But I wasn’t so good at being an employee after running a large firm so in 2005 at the age of 31, I started another company, East Rock Capital.

I partnered with a family that owns one of the largest homebuilding firms to build an investment firm to manage family wealth. I convinced Adam Shapiro, a friend from Yale, to leave Goldman and join me in running the firm. We happened to start right before the Global Financial Crisis. I felt like we were in the middle of building an ark to survive a 100 year flood, and we got the storm on year one. We had enough of it done that we hopped on board and continued building at sea. Over that decade we got really good at assessing people’s credibility and giving them the right decision space based on that assessment. We have seeded a number of investment firms that have grown quite large and are world-class at what they do.

Chapter 4: My 40s – Designing systems, playing with the boundary of the firm

Today we manage $2BN for five families and over the last 14 years we’ve woven a thick web of trust among ourselves at East Rock, our clients, and our investment partners.

This is all just a story. I actually don’t believe that there are chapters. If you think I can help you in some way, please DM me on Twitter @GrahamDuncanNYC or LinkedIn.